Where is SWITZERLAND Located? [Switzerland Map]

Where is SWITZERLAND located on the map?

Switzerland is a country in Western Europe pronounced “Schweiz” in German, “Svizzera” in Italian, and “Svizra” in Romansch (one of four official languages).

Switzerland is located in the Western Alps; the country is sandwiched between France to the west and north, Germany also to the north, Austria and Liechtenstein to the east, and Italy to the south.

Sure when you think of Switzerland, you naturally think of beautiful mountains (like the Matterhorn and the Swiss Alps), powdery snow skiing resort destinations, the Red Cross, the lakes, the watches. The country has become synonymous with accurate and reliable timepieces (including Rolex, Cartier, Omega, Longines, Tissot, TAG Heuer, and Swatch) made in very tiny French-speaking villages
Let’s not forget chocolate and cheese! We’re talking about the famous Lindt Chocolate boxes and Swiss fondue pots filled with yummy melty cheese. Did you know they have a crazy amount of traditional Swiss festivals all year long?

Where is the country of SWITZERLAND situated?

The Swiss megalopolis is organized around Zurich, which is their most important city and the main financial center of the country. Basel, Switzerland’s most developed commercial port, contains most of the region’s chemical and pharmaceutical industries which spreads to other cities such as Lucerne and Winterthur.

Geneva is the cultural, financial, and industrial center, and is renowned for its watchmaking and jewelry industry. It’s also home to many international organizations. The political capital, Bern, has an administrative and financial vibe to it. Lausanne is a railway hub and a university town.

The currency is the Swiss franc (CHF).

Switzerland, with a maximum length from north to south of 220 km and a maximum width from west to east of 348 km, covers an area of ​​41,285 km² which is slightly less than twice the size of New Jersey. Its terrain is broadly defined by the Alps in the South, which occupy three-fifths of the Swiss territory; it controls the main passages through the Alps (since it’s the only country to extend on both sides of the alpine chain), and by an older mountain massif called the Jura. Oriented from southwest to northeast, these two chains are separated by the depression of the central Swiss Plateau of rolling hills, plains, and large lakes. 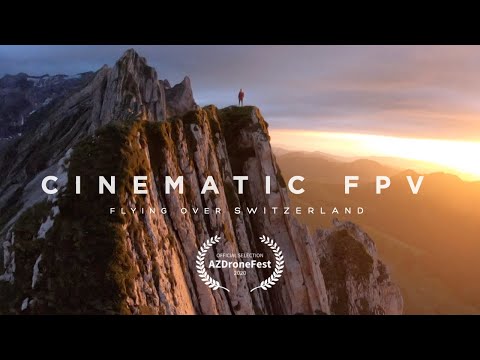 The Swiss Alps include several chains including the Pennine Alps, home of the highest Swiss summit, Dufour Point (4,634 m), Mount Rosa, and further south, the Matterhorn, the second Swiss summit with an altitude of 4,478 m. The central Aare massifs of the Aare-Glaciers are among the largest in Europe named the Great Aletsch Glacier. Deep and winding valleys cut the Alpine system in some places such as the famous Engadine region in southeastern Switzerland. The Gotthard Pass is the main route between Central Europe and Italy.

The Jura, meanwhile, stretches from Dole to Zurich and rises to 1,600 m; Although it’s much smaller than the Alps, nevertheless represents a steep barrier that you can only cross through mountain passes that are rare.

Between the Alps and the Jura, the Swiss Plateau (or Middle-Country) extends from southwest to northeast (Lake Geneva to Lake Constance) with an average height of 395 m and a width of about 50 km. This vast plateau is a vital region of the country and includes the majority of the population and urban areas. 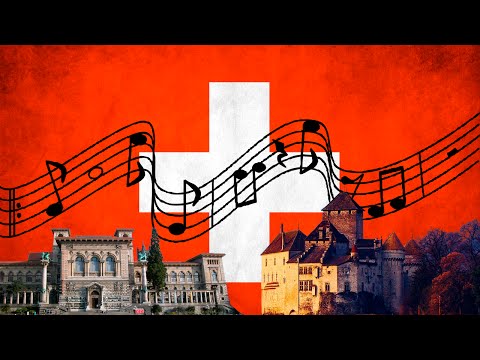 A little history on SWITZERLAND

Originally settled by Celtic tribes, Switzerland was conquered by Rome in the 1st century BC and remained under Roman rule for 500 years. The area benefited from roads built to allow for commerce and trade between other cities.

Napoleon invaded in 1797 and Switzerland also suffered during both World Wars and the Cold War even though they had vowed permanent armed neutrality through the Congress of Vienna in 1815. Switzerland always gave the appearance of being a neutral country but within wasn’t entirely so.

How’s the Weather in SWITZERLAND?

Switzerland has a “continental climate“. This means very cold and snowy winters in the mountainous regions and hot summers in the plains. Winter uncharacteristically lasts longer here and usually more than six months. The mountains are a natural barrier to all that Arctic airflow. It rains a lot mostly in the southern part of the country though. In Zurich and Bern, winter doesn’t last for more than 2-3 weeks however, in Lausanne and Geneva, there’s even less snow with almost no ice accumulation on any of the lakes.

The climate here is moderate with not too excessive heat, humidity, or cold even though there are some places that experience winter year-round.

The driest months are January and February especially in the areas of the Rhône valley and the Engadine where temperatures range from -2 to 7 °C (28-45 °F). The rainy season begins from May-August. May is the off-season so mostly quiet and rainy.

Summer lasts from June to August where the weather is mild and great for sightseeing but naturally be prepared for the crowds. Summer temperatures range from 18 to 28 °C (65-82 °F), sometimes becoming warmer during especially hot summers. There is a cool, dry breeze up in the higher elevations.

Autumn is September-October and is a good time to go on a breathtaking hike when the air starts to get a little chillier with daytime temperatures at 8 to 15 °C (46-59 °F). Winter lasts between December and April.

How to prepare for SWISS weather

Switzerland has winters that call for warm clothes, wool hats, scarves, heavy jackets, and rain gear if you’re keen to brave the unpredictable winter weather. Lightweight jackets are still recommended in summer for the occasional pop-up shower but might want to bring a compact umbrella or poncho just in case. Hiking in the Alps should require a good set of hiking boots or walking shoes, base layers, hats, and coats. Also don’t forget to pack a sweater, sunscreen, and sunglasses.

The BEST time to visit SWITZERLAND

Coming to Switzerland is great year-round, but as you can imagine for millions of visitors each year it does depend on what you’re into. There are a great many festivals in the summertime. Tourists visit the numerous natural or architectural venues and go on travel tours from April-June.

The best time to visit Switzerland is during the shoulder seasons, between April and June, and September to October, when the weather is on its best behavior, and the tourists are few.

Lake Geneva’s beach season goes from the middle of summer to the end of August. If sailing your yacht, golfing, or windsurfing is your pleasure, be sure to do it in July – absolutely perfect weather.

The south of Switzerland is great even in the fall when the bulk of the heat is over. Make sure to understand that Switzerland is a country for wealthy people to come and have recreation, so best not to be shocked by certain outrageous prices for services. The height of the ski season falls between Christmas and New Years’ Day – another thing to keep in mind.

Did you know
where SWITZERLAND is in the World?