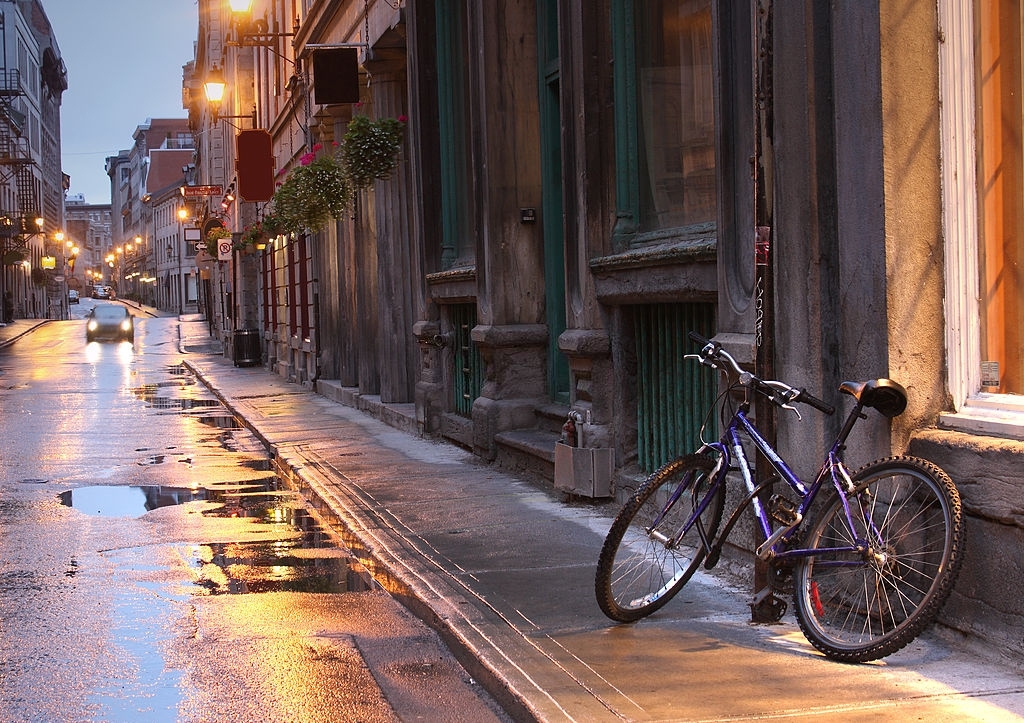 We all enjoy neighborhoods. Everyone has a favorite neighborhood in their hometown, a collection of blocks dotted with establishments and public spaces that please a particular slice of the population.

I once worked with Isabel, a young girl who was from “MON-twee-AWLL” (clearly having her French-Canadian background and upbringing shine through). It was the first time I had ran across her type of accent. She was a good programmer & a delight to work with as was my friend Sun from China. This was in the days of an Internet startup company I went to work for just out of college located in the Buckhead community of North Atlanta.

Growing up on the outskirts of Montreal, most people’s favorite neighborhood is the historic core of the original European settlement: Old Montreal.

One might say she got her first taste of Old Montreal on elementary school field trips that, to be honest, most kids find boring and old. The charms of the 17th century quarter are clearly lost on a 7-year-old. Fortunately for us, we generally develop some taste and start appreciating the window into the origins of our birthplace. You gradually start noticing the beauty that fills the neighborhood: the cobblestones streets, the 17th-century architecture, the faded building ads, the majestic Notre-Dame Basilica.

How do you miss all this Awesomeness?!

Over the years, she and her friends spent balmy weekend days lazing in the pedestrian Jacques Cartier Square, eating ice cream cones and people watching. It had been a while since she had visited the area. So on the last trip home to visit family, she grabbed the old crew to revisit the neighborhood that puts the Montréal in Vieux Montréal.

The jaunt to Old Montreal almost didn’t happen, as the mercury dipped below -20 °C (-10 °F) … which really felt like -34 °C (-30 °F) when you factor in the wind chill on your skin! Mostly dragging her feet, she arose out of respect and curiosity at what this area had become. The moderate enthusiasm by each member of the combined gang was enough motivation to brave the cold. I’m very happy they did because there’s a rare side of the ‘hood to be enjoyed? It was nearly empty!

The afternoon started near Marché Bonsecours, a multi-use space housing shops, art galleries, restaurants, and an event venue. The twinkle lights still lit from Christmas give the building a quaint, village feel. In fact, Place Jacques Cartier (the main pedestrian thruway on which the Old Montreal is centered) also twinkled in the afternoon light making the whole area into one magical ‘hood.

Many towns are starting to have twinkle lights year-round on their main squares. I love twinkle lights – anyone else with me? I notice Canton and Jasper main streets have them most of the year too.

If you really want to get a feel for that famous Montreal vibe, Place Jacques Cartier is a great place to get started … but in the summer! From there you can explore the side streets. With their restaurants, lounges, and clubs decorated in as eclectic a style as you can get, it’s the very definition of a neighborhood! No cars during the summer so as to better enjoy the street performers, artisans, and events.

The square is named after the intrepid explorer who declared Canada for France way back in 1535. You can get to it by going down narrow Saint-Paul Street which was paved in 1672 as Montreal’s oldest cobblestone. This historical square leads from the city down to the Old Port.

The Old Port of Montreal (Vieux-Port) was first used by fur traders in 1611 but today is home to more than 6 million tourists. It’s located at the base of Place Jacques Cartier, and houses a number of places to play for all ages: from the maze game “SOS Labyrinthe”, IMAX theater, skating rink, and the Montreal Science Centre for the young and young-at-heart, to the scenester Terrasse Bonsecours hosting outdoor 5 à 7’s (that’s Montreal for Happy Hour). Bonsecours Market used to be the largest public market in Montreal which first opened in 1847. It opens in the morning at 10 am every day. When the weather is warmer you’ll find good music, cycling, paddleboats, a Ferris wheel, and a zip line.

During the depths of winter, the Old Port keeps the party going with Igloofest, the outdoor music festival making the most of Canada’s coldest (and unfortunately longest) season.

Igloofest is proof enough that the party doesn’t die down when the city freezes over, it just moves indoors! Kind of like them, after freezing off fingers, toes, and a lot more. Eventually moving indoors was prompted to avoid the threat of hypothermia. Why not decide to warm up with the quintessential cold-weather drink: hot chocolate.

The hip and trendy Tommy Café is the location of choice, with its white interior and hanging garden décor. This is a neighborhood coffee shop founded inside of the four-story British Empire Building which originally was the Exchange Bank of Canada when it was constructed in 1874. The place is usually chock-full of people, attesting to the fact that it’s freezing outside. See? Montrealers don’t scare too easily. In case you’re wondering, hot chocolate is always a divine treat that makes a good time.

Neighboring this very pretty café is one of the most beautiful churches in the city: the Notre-Dame Basilica. In a city filled with churches, that’s saying something. It’s slightly off the major foot traffic of Place Jacques Cartier but remains one of the biggest draws of the neighborhood.

Its soaring façade will leave you in awe until you walk into the basilica. There I’m willing to bet your jaw will drop at the stunningly blue interior with ornately gilded carvings & yellow stars painted all over the vaulted ceiling (mine always does). The architect, Victor Bourgeau, designed and decorated it in the style of the first Gothic Revival church in Canada. It isn’t a wonder that Céline Dion got married there!

She’s been living in Toronto for the last 10 years now, and I’ll be honest, if you ask her she’ll say there are some parts of Montreal that have lost the luster they once had her my eyes. I think that happens to most people who move away from their hometown. That, however, doesn’t apply to Old Montreal. It became more vibrant than the days spent near the fountain at the top of Place Jacques Cartier.

History is preserved and mixed in with modern life so that it’s no longer something to look at but something to experience. The city definitely increased its touristic appeal but still kept it’s cool. This way the locals don’t turn their backs on a really special place in the city.

I like my off-the-beaten-path destinations as much as the next explorer. But I have to admit, some spots are touristy not because they’ve watered it down to appeal to masses from all over the world. These spots are truly special pockets representing a city’s unique flavor.

Old Montreal is the latter and definitely deserves the attention it gets. Now go visit the old stompin’ ground!

Do you have a special memory from your HOMETOWN?