I know I am gonna guess this right. Sushi! If not Ramen?

Honestly, there is so much more to Japanese cuisine than you see in gentrified and westernized districts in New York or London. Overpriced Ramen, unauthentic sushi, and california roll? (Is that even a real thing?)

Without further ado, let’s hop on to see what Japan has in store for you!

I hope that after reading this article, you will be more attuned to hunt for less commonly known food in Japan.

They are called ‘dipping noodles’. To ‘tsukeru’ means to dip, and ‘men’ basically means noodles like in ‘ramen’. I personally like tsukemen much more than ramen. It has a lighter touch and is much easier to eat without having to drink the sauce even though the broth itself is thicker in texture than ramen. You will be given a bowl of dry cold noodles and a bowl of brown sauce in which you dip your noodles into. Make sure your noodles get substantial amounts of sauce before you slurp. SLURP HARD. It sounds stupid and rude, but slurping while having tsukemen really makes the food more delicious and the experience better. Authentic experience during travels is what you are going for ain’t it? I’m not so sure what goes into the broth, but dashi, mirin, chicken stock, and soy sauce are usually added.
I highly recommend taking cold tsukemen with hot soup, topped with an onsen egg (half boiled egg with wobbly egg yolk).

My favorite tsukemen chain restaurant in Tokyo is Mita Seimenjou （三田製麺所）. I know I just whined about gentrification but give this chain a try! You may find it at Mita (flagship store), Shibuya, Ebisu, Shinjuku, and even Hong Kong! If you’re feeling extreme hunger, go for Oomori, meaning big portion, or tokumori, meaning extra big portion, at no additional cost! Basic tsukemen with no additional topping usually cost approx 800jpy.

The other recommendation is the yuzu tsukemen in Afuri, a famous brand for yuzu ramen. Yuzu Tsukemen indeed has a refreshing touch to it. Their ramen and tsukemen are a little bit pricier, going at approx 1100jpy per portion. You may find Afuri at Roppongi and Ebisu.

Rokurinsha (六厘舎) is a popular spot amongst the salarymen in Osaki area. During lunch time, the queue goes on for 30m.

That’s right. Whenever a Japanese person asks me “What do you like to eat most in Japan?”, my answer never fails to shock them because it is the most basic and uncommon dish loved amongst foreigners. Zaru Soba, cold buckwheat noodles with dipping sauce, is a common dish during the brutal summer (During Summer 2018, places in Kansai reached 38 – 40 degrees celsius)! Zaru means colander or a strainer and noodles are served on a slotted bamboo mat. One thing I like about soba is that, it is something you can eat everyday, just like rice. Unlike ramen and tsukemen, your body prolly wouldn’t change shape over the long run because soba contains less calories but more nutrients such as Vitamin B, minerals and fiber. One cool thing about Soba is that it’s gluten free! Really helps the recent hype of gluten free diet-ers!

Soba is ubiquitous – at every turn of the street, random shop houses in the woods or mountains, eki no michi (rest stops along highways), you find affordable and delicious, dry or soup, soba! Always remember the hiraganas for soba, そば, you never know when they will save your life during the harsh and cold winter when nothing else is open.

Standing soba bar top is the norm in big cities, especially in Tokyo where salarymen have their quick lunch before returning to their slave lives again. Although I have to say it gets pretty stress eating at places like this because you hardly see women around and you will be surprised at how fast the guys go at it. There will be on average 3 rotations of customers beside me before I finish mine. So it’s pretty insane alright.

I usually eat with wasabi and spring onion (negi), and sometimes I’ll add Yuzu or Chili powder in the dipping sauce. Totally depends on your taste.

Keep out Fuji Soba chain, they serve the worst soba ever although they are pretty convenient (their only plus point) and they open 24/7. But try Komoro Soba chain because they serve Shinshu soba, which are lighter and smoother in texture. If you are in Shibuya and you run out of ideas, head to Shinshuya (信州屋 渋谷店) beside the Pachinko Slot right behind Shibuya Mark City. It used to be my go-to spot when I used to commute everyday. It’s basic, cheap, and nice, going at an average cost of 600jpy.

Some of you might not even think that people actually consume horses too. Basashi (馬刺し), sliced horse meat, is not only a delicacy in Japan, but in many other countries as well. Top 8 countries consume about 4.7 million horses a year! Basashi is usually served in thin slices for you to dip in soy sauce. If you ask me to choose, I’d still choose raw beef and raw fish over raw horses just because I’mma yakiniku and sushi addict. Nonetheless you should still give it a try. No particular shops worth recommending, but you find it in izakayas usually!

They come in sushi version as well.

4. Here comes the horror of many.

Natto (納豆) is made from soybeans but fermented! This is a very common rice topping for breakfast. You find them easily in Yoshinoya, Matsuya or Sukiya during breakfast hours or if you’re staying in a traditional Japanese ryokan or hotel. It is usually served with soy sauce and karashi (japanese mustard). In supermarkets, natto comes in boxes of 3 for about 100yen! Some people absolutely hate it because of the strong pungent smell and slimy texture. However, I would put all that aside and only consider the health benefits. Natto contains lots of vitamins and a bunch of other good stuffs beneficial to your body (fiber, protein, manganese, iron, copper, Vitamin K, magnesium, calcium, vitamin C, potassium, zinc, selenium, need I say more?) as well as antioxidants and probiotics (because they are fermented!). Honestly guys, I would just eat them – really worth it for the health benefits you get in return.

When I was in a homestay in Nikko, Tochigi Prefecture, my host family introduced me Natto Toast! They’re a great variation to natto on rice because I’m not so use to having rice for brekkie! Do give it a try because toasting it does reduce the pungent smell.

It is undoubtedly hard to retrieve natto from the styrofoam case for sure, but here’s a trick to do it cleanly. All you need is pair of chopsticks. 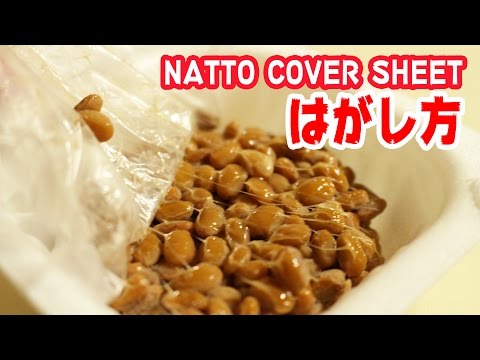 5. Research has revealed that less than 5% of Japanese are vegetarian and I hardly ever know a Japanese who claims to be a vegetarian, pascatarian, or vegan. I personally think that Japanese will never get why people don’t eat certain things not just because they don’t like the taste. They don’t just stop at meat, they go ahead and eat all sorts of innards. Horumon is a term used for the innards or offal of a cow, pork, or chicken. The name came from a word from Osaka dialect. ‘Hourumon’ means ‘a thing you throw away’.

Horumon cuisine comes in many forms – horumonyaki (barbequed), tempura styled, horumon don (rice bowl), nabe (hotpot), or even skewers style. So there is a great variety for you to play around with to fit the kind of cuisine you love! I like how they are squishy and full of collagen.

Although horumon may be beef or pork, pork is more commonly used. Common horumon items include:

I discovered this restaurant in Ginza which offers a great lunch-time menu! This is a Hakata (Fukuoka) styled horumon restaurant with really good selection of salad and beverages at the ‘salad bar’. I think it was about JPY1300~JPY1400 for a lunch set.

That’s all for now! I really hope you guys can get more inspiration when you’re looking to try out local delicacy in Japan and not just stick to Ichiran ramen or standing sushi bar. Sometimes a random slide of door can bring you more surprises than you think!