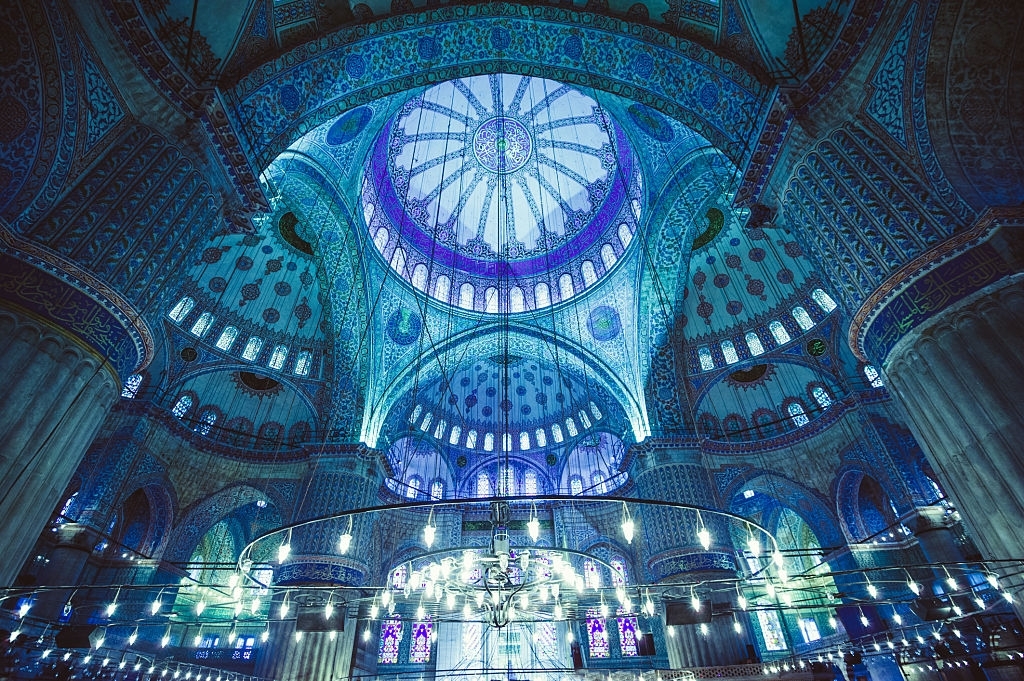 Awesome Two Day ITINERARY for what TO DO in Istanbul TURKEY

So … you have two days to spend in Istanbul Turkey, but where do you begin? Relax, there are many important attractions that you can squeeze into two days. In fact, when I return to Istanbul I will plan two days in the Sultanahmet District before moving on to Kapadokya (Cappadocia).

Sultanahmet is named directly after Sultan Ahmed I, who commissioned Sultan Ahmed’s Mosque (better known to visitors as The Blue Mosque) in order to rival the Ayasofya (Hagia Sophia).

I’m aware that Istanbul offers much more than the Sultanahmet District, but that’s my primary focus in this story based on my experience.

Pro Tip: I highly suggest staying within the district, something like the Hali Hotel (Hotel Carpet) which is within walking distance from everything you would want to see.  Trip Advisor is also a great place to research and narrow down the hotel accommodations of a certain area within a large city.

My second tip is to hire a guide for at least part of the first day.  This way it’s easier to learn the area with the guide and gain an understanding of the detailed history of each attraction.

Here are MY recommendations on how you can spend two days in the Sultanahmet District of Istanbul TURKEY.

Begin the day at Sultanahmet Square and the Hippodrome of Constantinople, where they used to have horse races and chariot racing beginning in 324 AD.  The Council of Nicea first met one year later. The Walled Obelisk is able to be seen from this area as well as the Hagia Sophia and Blue Mosque.

Of course, a visit to the Blue Mosque is a must, to see the beauty of the blue tiles that cover the interior. This mosque sets itself apart with six minarets that are visible from different parts of the city. It would take a long time to even describe the magnitude of this mosque. The architect purposely went for the awe-inspiringly majestic splendor and sheer size of the compound. Different parts feature 200 stained glass windows and more than 20,000 hand-painted ceramic tiles with a combination of 60 different tulip patterns. It’s just one of those things.

A short walk away from the Blue Mosque, you’ll find the Topkapi Palace.  It was turned into a museum in 1924 at the end of the Ottoman Empire.  The Sultans preferred to spend time at their palaces on the Bosporus.

If you choose not to visit the museum, instead venture into the palace grounds of Gülhane Parkı (Gülhane Park which means “House of Roses Park” in Turkish and from the Persian “House of Flowers”).  This historical urban park is beautiful and there might be many colorful tulips when you choose to visit.  It’s a quiet spot in such a busy city.

After leaving the park, the Bosporus is another nearby place to visit. Taken in a nice relaxing stop at an outdoor café along the Bosporus to have tea and give your feet a rest.

Following the Bosporus to the waterfront area, there are more restaurants, food carts, and the station to board the ferry.  It’s only around 12 Turkish Lira (less than $1.50 USD). Taking a cruise on the ferry is a nice, relaxing, and traffic-free way to spend the afternoon and immerse yourself quickly in the city. I took it all the way to Osmangazi Köprüsü (Osmangazi Bridge) where it turned around and went back for a roundtrip. There are so many historic sites to see during the cruise, as well as general sightseeing.  The Kız Kulesi (Maiden’s Tower) sits in the center of the waterway between the Asian side and the European side.

After the ferry ride and the tour of the Bosporus the next stop may be the Egyptian Bazaar (Spice Market.)  This is another must see, for you can experience all of the scents and flavors. The Spice Market was built in 1660 and has always been the center for spice trade in Istanbul.  There are approximately 85 shops selling spices, Turkish Delight, dried fruit and nuts, as well as souvenirs. This would be a good time to shop at the end of the day.  You will be tired and ready for the return to the hotel and to have a nice dinner at one of the patio restaurants near Sultanahmet Square.
[pic The Spice Market] Hopefully you rested up after day one!

Day two will begin just off the square with a tour of Ayasofya (Hagia Sophia) Museum.  This is a large museum with so much interesting history. I would recommend renting the headphones for the self-guided audio tour.  I was unable to do this because they required a room key or a passport for deposit in exchange for renting the headphones and I didn’t have either one with me. So, I had to guide myself!  It would have been much better and I would have learned a lot more with the audio tour. If you are interested in a personally guided tour, it’s easy to hire one of the many guides waiting outside the gate before you enter.
[pic Ayasofya (Hagia Sophia)] After exploring the Ayasofya, a few minute walk across the street is the Basilica Cistern.  It doesn’t appear to be much at street level, but once you descend below the city street to the cistern level, prepare to be amazed.  The cistern is beautiful and has great history.  There are signs posted to read about the cistern, its history, and what you will be seeing.  It’s a place of quiet, the air is cool and dramatic pictures can be taken.
[pic Basilica Cistern] I would suggest after visiting the Basilica Cistern to walk up the street to one of the many outdoor cafes for lunch.  This is the time to rest and re-energize for the next stop, The Grand Bazaar!  The train passes by here and it’s an option to take it, or a ten minute walk up the street will get you there as well.  There are plenty of shops along the way for browsing and shopping.
[pic The Grand Bazaar] The Grand Bazaar is amazing and overwhelming.  It’s one of the largest and oldest covered markets in the world!  There are 61 covered streets and over 3,000 shops.  Building began on the bazaar in 1455.  A visit to the bazaar can be for the whole day or for just a short amount of time.  With so many shops, there is plenty to offer the shopper.  Be prepared to sit and have tea with some of the shop keepers.  They are all very friendly and inviting. This is an important part of the traditional culture.

For day two in the Sultanahmet District, I would advise leaving time after shopping in the bazaar for a visit to a traditional Turkish bath, or hammam.  An hour and a half is a recommended time for this experience, but it may take longer.  It’s up to the bather’s personal preference.  The bath begins in a warm room for relaxation.  The air is hot and dry, allowing the bather to sweat.  They may move on to a hotter room before being washed in cold water.  After receiving a full body wash and massage, the bather may go to a cooling room.  Many Turkish Baths have beautiful architecture and history to appreciate.

I think that would be the perfect way to end the second day in the Sultanahmet District!

I hope my experience and suggestions may help you when visiting this area.

Have you been to Istanbul?  Do you have more suggestions to add?