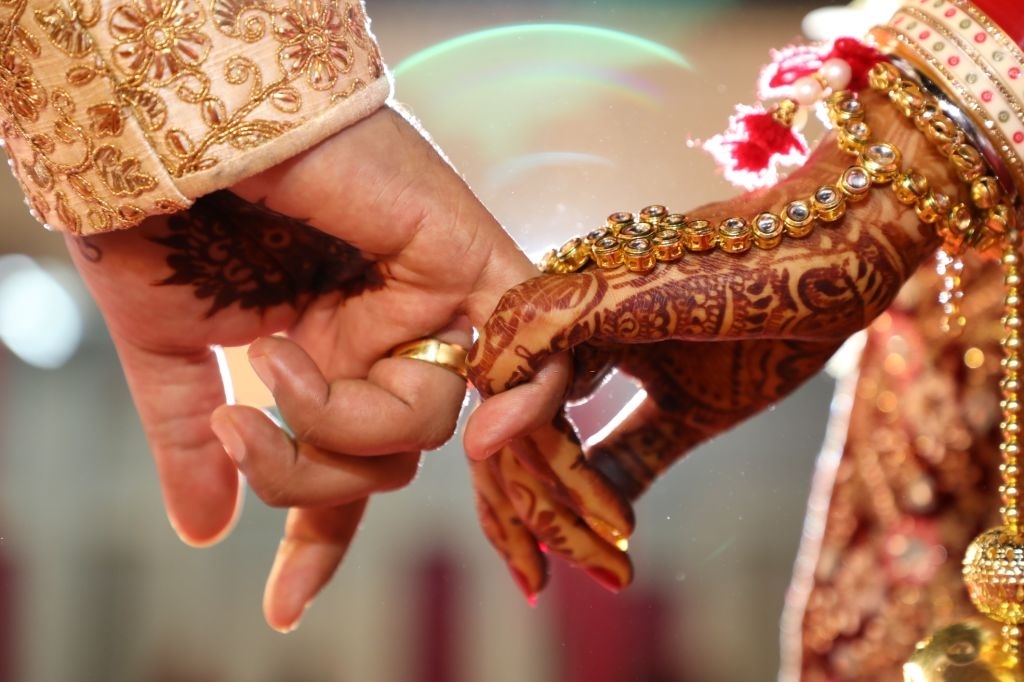 Hardly any of us outsiders have ever been to an actual Indian wedding. We’ve seen pictures but certainly, you don’t quite realize how much of an assault it is on the senses. This is a country best enjoyed on its terms. Let me take you on a journey as we virtually travel to a wedding in northern India.

This “assault” begins right on the jet bridge leaving your air-conditioned plane. Hot, thick air seems to swallow you whole and leave behind a layer of sweat that gladly keeps you company through the arrivals checkpoint. It kind of reminds me of most of my time in Singapore and Malaysia, having been drenched for most of it.

Now if you travel say to New Delhi in early February, instead of the heat and sweat, you might land on a crisp, dewy morning at the IGI (Indira Gandhi International) Airport. For most, February and March are great times to plan a trip. You avoid the peak summer months as well as the wet monsoon season that departs in October.

Indian religions include both the Hindus and the Sikhs. Hinduism is rooted in pre-historic times, while Sikhism was founded in the 15th century by Guru Nanak. Both religions partake in common philosophical precepts including Karma, Dharma, Mukti, and Maya although they both differ in their interpretation of these ideas.

The Punjab city of Ludhiana, some 200 miles north of Delhi, is an excellent venue for a wedding. If you’re fortunate to stay in the wedding house during a Sikh wedding, here the various traditional ceremonies involved can be spied upon.

Indian weddings are elaborate affairs as you’ve no less guessed. You’ll often be told that they’re “a union … not of two people, but rather two families”. This is true in other ethnic cultures around the world as well, though not as prevalent as it once was especially to unite kingdoms or lands. These two families have to make sure they offer up enough pomp and show to keep the massive guest list happy.

The end of 2018 saw one of the most expensive weddings in history when the richest man in Asia, Mukesh Ambani, married off his daughter to a fellow billionaire’s son. Upwards of $100 million USD was enough even for Beyoncé to go Crazy in Love and fly in to join the celebrations for a private concert!

For the rest of us plebeians, however, $40 or so buys you a ticket aboard a luxury coach with the Indo-Canadian bus service to make the trip from Delhi to Punjab. These come equipped with reclining seats and TVs to keep you distracted from all the traffic mayhem around you. Tuk Tuks, plus car driving on the opposite side of the road you’re probably accustomed to, plus the ubiquitous cow crossing the road should inevitably mean shambolic mayhem! But, take a minute to see it all work and you realize that this is, as funny as it may sound, organized chaos!

Oh and don’t mind the honking. Instead of being used in the way most people do (beeping out the exchange of poetic profanity between the drivers), in India a horn is a ‘polite’ nudge to let others be aware of your vehicle and keep the whole soup of traffic flowing smoothly. I remember Jim Steiner, a man I used to work with, would always haltingly knock his horn as he went through an intersection or an underground car garage. Actually, you often see the rear of trucks amusingly decorated with “horn please” artwork.

The coaches leave directly from the airport and service is pretty frequent depending on your destination. The roughly six-hour journey is punctuated by two stops, the first of which offers quite a treat. The Haveli (meaning Mansion), is a popular stop on the motorway. Many enjoy the food shops at this respite enough to induce several food comas.

By early evening, you reach Ludhiana, once aptly referred to by the BBC as India’s Manchester (without the famous football club of course). Your invitation shows wedding customs stretching over four days so, with the help of jet lag, it’s time to retire to bed and start depositing “ZZZs” into the sleep piggy bank.

The morning and afternoon of the first day represent the quiet before the storm in the wedding house. While the guests laze in the warm setting sun, sipping Cha (that’s proper Punjabi chai) and reading Gregory Roberts’ classic Shantaram depicting turbulent life in Bombay, workers erect a tent on the street below that would become the venue for the first of the pre-wedding functions – a party for the groom’s family and friends.

The music equipment gets wired up at the same time the cooking stations will be manned, ready to feed the imminently arriving guests. The whole thing is a symphony to the eyes with Jugaad being the chief orchestrator. This word will make itself apparent to you wherever you travel around India. I think it can be loosely translated to mean a ‘hack’ or innovative fix, and you have to really see it to understand what I mean. Reminds me of Percy, my Grandpa, and those innovatively interesting hacks or fixes he would apply to things out in his shed. I get a chuckle just remembering them. Of course, my father Papi knows more of them than I do and it’s also just one of those things you have to see for yourself.

By seven in the evening, the visitors start pouring in. Guests will come in, be greeted by the hosts, and then find themselves with mountains of food, inspired by places all over India, being dished out in a fashion similar to that seen at street festivals.  Typically a DJ and dance floor is kept ’til the early hours of the morning.

Day two starts with the Maa’nyo’n or Mayian ceremony of a Punjabi wedding. This colorful and somewhat comedic event involves lathering the groom (or bride) in a bright yellow mix of turmeric, flour, and oil. Close family members take turns liberally applying this Vatna mix to hands, arms, legs, and feet, some far more flamboyantly than others – which is always fun to see! Traditionally, this was done to cleanse and beautify the couple before coming into the public eye on the day of the wedding.

Weddings in the South of India have a similar ritual called the Pithi ceremony.

Once completed, the now yellow groom goes to shower and is readied for the Jago procession. The Jago concept (literally meaning to wake) has a beautiful origin.

Before the days of wedding invitations/cards, the bride or groom’s family take a novel approach. They would gather to alert their neighbors and invite them to the wedding festivities. To do this effectively, the families sang loudly and danced through the streets the night before the wedding. They did this carrying colorful, candle-lit pots to ‘wake up’ the village to a spirit of celebration. The tradition thankfully stuck and offers quite a marvelous spectacle to all those involved.

Sikh weddings take place during the morning, so the day starts early for everyone. The scenes in the house are pretty insane for 5 am. Makeup artists are scrambling all over the place to beautify the ladies. The rest choke down a little food before leaving. A fleet of decorated wedding cars assembles in front of the house. They’re used to carry everyone to the bride’s local Gurdwara – the Sikh place of worship where weddings take place, in the neighboring city of Patiala.

By eight in the morning, a squad of Dhol players arrives and begin to beat their drums behind every Bhangra dance song you’ve heard. Essentially this is a call for the wedding march, inviting the groom out of his house. He slips into the car for a fateful last ride as a bachelor.

The congregation enters the Gurdwara’s main hall and the groom takes his place in front of Guru Granth Sahib, the Sikh holy scripture. Eventually joined by his better half, the Anand Karaj (Blissful Union) ceremony begins. Principally, the ceremony consists of the couple taking four circumambulations (new word eh?; you’re probably trying to say it three times fast) while reciting corresponding stanzas from the holy scriptures. As the couple finishes their final rotation, the wedding is formally complete. A palpable sense of elation fills the hall.

As with most weddings, congratulations are over and attention shifts from the couple to everyone’s empty stomachs! All the attendees make their way to a nearby venue. And a giant hall greets them filled with, yet again, a bewildering array of dishes.

Pro Tip: Here’s an insider’s tip for your visit. You might have heard about the Delhi Belly. It seems to find everyone at some point during a visit. But there’s a surprisingly effective way to outrun it 😂. Buy yourself some activated charcoal tablets and down a couple after a suspect meal here or anywhere in the world!

Day 4: Let’s get the PARTY started

The final day of celebration is reserved for the wedding reception held at say the Radisson Blu Hotel Ludhiana, which boasts the largest pillarless ballroom in the city. The reception offers one final excuse before standing on the weigh scales after the trip. You guessed it; more food, more dance – a brilliant way to conclude your trip.

As you return to Delhi, you’ll have time to reflect on the whole experience as a memorable and merry one. Needless to say, India is an incredible and phenomenally diverse country that should certainly feature on your travel bucket list. For now … if you happen to be in India and there’s a wedding going on nearby, you have several good reasons to gate-crash.