* Where is IRELAND Located? [Éire Map]

Where is IRELAND located on the map?

Ireland is a northern European country and a member of the European Union occupying the northwest and south of the island of Ireland in the Atlantic Ocean. In Gaelic, the country is called Éire or English Ireland.

The Republic of Ireland covers roughly five-sixths of the island and lies to the west of Great Britain, from which it’s separated by the Irish Sea and the Saint George Canal. Independent since 1921, the people of Ireland forged their national identity against seven centuries of British rule. The country includes the historic provinces of Leinster, Munster, and Connacht as well as three of the nine counties of Ulster. The other six counties in this province are in the last sixth of the island occupied by Northern Ireland, which is part of the United Kingdom of Great Britain and Northern Ireland.

Ireland is known as the “Emerald Isle”. It seems like it’s raining just about every day which must be why it has such green rolling hills. In fact, 150 days of rain on the East coast with 225 days a year on the West.

Éire has delicious food. You might be thinking beef or mutton with potatoes, fresh veggies, and herbs all slowly cooked and stewed in one pot until the meat is fork-tender and everything is bursting with flavor! Mmmm, yum.

I’d be remiss if I didn’t mention St. Patrick. People all over the world celebrate St. Patrick’s Day and observe it as both a religious and cultural event. In the United States, St. Patrick’s festivities are strong in Chicago, New York, Savannah, and other cities with parades, floats, and marching bands. In Ireland, St. Patrick’s Festival in Dublin includes a parade and runs for several days.

Ireland is well known for its dancing such as the Riverdance style and Celtic musical culture. In fact, the Irish jig influenced the beginning of American tap dancing. Many musical acts are from Ireland, most notably the band U2.

Don’t forget the gritty rugby teams, fresh seafood including Dublin Bay Prawns, also called Langoustine. The Book of Kells is a manuscript with ornate calligraphic craftsmanship of the four gospels and is located in Dublin’s Trinity College. The harp is Ireland’s national symbol and Trinity College also houses one of the world’s oldest harp collections.

The Irish do love to drink and they’re known for Irish whisky & the famous Guinness, that dry Irish stout beer. While you can visit a local pub anywhere in the world you have to come to Ireland for a real Irish pub experience.

Where is the country of IRELAND situated?

The Republic of Ireland is divided into 26 counties and 4 boroughs: the cities of Dublin, Cork, Limerick, and Waterford, whose municipalities are administratively independent of the counties. The county councils, county borough corporations, and the communities representing the 4 boroughs are elected for five years, as are the urban district councils and municipal councils, which have local jurisdiction in areas such as health policy, housing, or water supply. That was a mouthful!

Despite the economic and social changes of recent decades, the rate of urbanization remains much lower than that of any other European country. More than a million Irish people live and work in the capital city of Dublin, which concentrates a good deal of industrial and commercial employment as well as most administrative and cultural activities. The country’s second-largest city is Cork, the largest Irish seaport. The most dynamic cities are Limerick a shopping center in the West, Galway a university town, and Waterford the center of the agri-food industry, in the southeast.

This Irish pound (IRP) was the currency up until 2002 when the nation turned to the Irish euro € (EUR).

Ireland covers 70,273 km² out of the 84,000 km² total area of ​​the island. The terrain bears the imprint of the Ice Age, the Pleistocene epoch; it consists of alternating and undulating folds and depressions.

In the center, on the New Caledonian layer beneath the sediment, erosion has cleared, a vast central limestone plain called The Burren or “great rock” landscape in County Clare……., furrowed long gravel ripples and sand (bone or eskers). This area is dotted with lakes and peat bogs, as well as moraine deposits forming elongated hills & drumlins which look like half-buried eggs and rise substantially to the northwest in the Donegal Mountains (750 m or 2460 ft).

The plain is surrounded by coastal cliffs separated by valleys and small plains, opening access to the sea. The altitude isn’t high: the red sandstone formations of the Kerry Mountains to the southwest culminate at 1041 m at Carrantuohill. To the east, the Wicklow granite mountains rise to 926 m or 3038 ft. The glacially ruddy look of the Burren in County Clare extends to the west to the Connemara Mountains (820 m or 2690 ft) and to the northeast the plateau of Antrim. 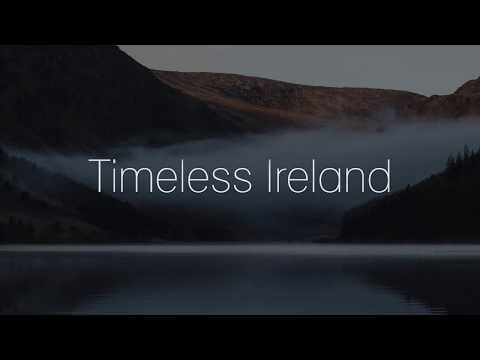 Asymmetry gives the coasts their character: low and sandy to the east, the sea cuts them into very deep steep cliffs to the west. The sea often penetrates far inland making such deep fjords like as Carlingford and Killary, as well parts of Dingle Bay. The Irish coasts offer many natural deepwater ports, such as Bantry Bay, in western Kerry. This is one of the deepest marinas in Western Europe. Off the Atlantic coast are strings of islands (Aran Islands, Achill Island) that were once attached to the mainland.

Traditional Irish cooking is making a comeback in recent years and includes Irish stew (with lamb/mutton & root veggies), rashers (bacon) and cabbage, boxty (potato pancakes), soda bread (uses soda instead of yeast), colcannon (potato mash with cabbage or kale), and coddle (kind of like a goulash of supper leftovers). Eat Irish cuisine like a local with these foods & recipes below.

Foods To Try In IRELAND 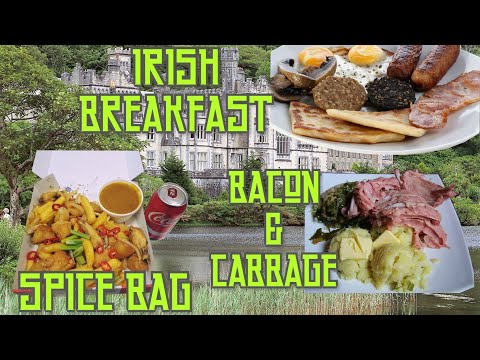 Traditional Irish music is folk-based music of slow storytelling ballads and fast-paced dancing over the centuries when most were illiterate and little forms of entertainment existed before electricity. Sean Nós is a famous type of Irish song where one person sings unaccompanied in Gaelic. Some of this encompassed oral history like most other civilizations.

The reel is a type of Irish dance from Scottish roots in the 18th century with a fast tempo; even faster in pace is the Irish jig! Finally, hornpipes are sequences that are slower so as to give the musicians a break. Instruments include the Bodhrán, fiddle, whistles, Uilleann Pipes (not as loud as their Scottish cousins), and Ireland’s national instrument – the harp. 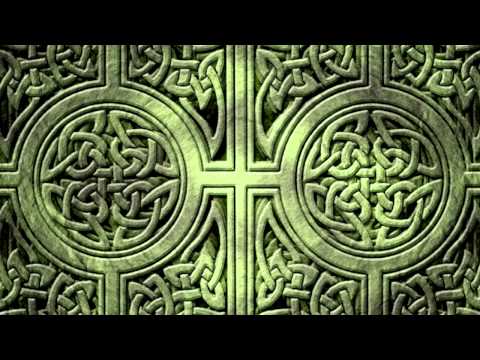 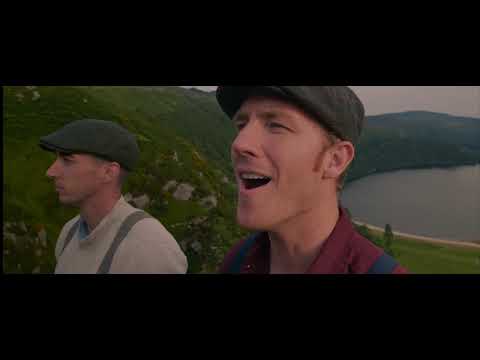 A little history on IRELAND

As you might have guessed, Celtic ancestry is mostly where the Irish people originated. The Celts invaded here, Great Britain, and other parts of Europe in the 5th century BC.

In 432 AD, the famed St. Patrick arrived on the island and began his work to convert whomever he discovered to Christianity. Irish learned elders who had studied Greek and Latin began to develop monasteries. It was there they honed the finer arts of manuscript copying, metallurgy, and sculpting. When the Dark Ages arrived, much of this knowledge was kept safe due to the complete isolation of these monasteries on the Island of Ireland.

Starting in the 9th century, the Vikings would invade and pillage quite frequently for almost 200 years until the Normans invaded in the 12th century and conquered the homeland.

Ireland became part of the United Kingdom when the Act of Union was signed in 1800. In 1845, Ireland was hit with the Great Potato Famine. Crops failed all around and millions died of starvation. Millions more left the country and emigrated largely to the United States.

Late in the 1800s and early 1900s, the Irish began wanting their independence from the UK. A political group known as Sinn Féin became a movement for freedom in Ireland and thus went to war with England in 1919 for three years. The group’s name is Gaelic for “We Ourselves” and asserts Irish national sovereignty and self-governing.

The Irish Free State was born within the British empire. Ireland was divided into the Republic of Ireland, which is an independent country, and Northern Ireland, which is still a part of the United Kingdom today.

English is the common language in Ireland, but Irish (Gaelic) is also an official language still taught in schools today.

How’s the Weather in IRELAND?

IRELAND has a “maritime temperate climate“. This means it has mild winters and cool summers. Humidity is always a factor as it’s damp all the time and it’s generally overcast about half the time. Rainfall is extremely common throughout Ireland.

Dublin is located on the east coast of Ireland and gets the least amount of rain and usually isn’t heavy. Kilkenny is in the southeast of Ireland and is dryer than western villages, an inland position that keeps it dryer than the western cities. It’s just what a tourist is looking for in Ireland and is only 90 minutes south of Dublin. Cork’s weather is regulated by the North Atlantic ocean and has about the same temperatures as Dublin – with considerably more rain. Finally, Limerick and Galway are unpredictable and very wet. Be prepared to have your swimming goggles on and enjoy your time there.

Basically, the climate here is sun, rain, fog, frost in that order! The weather is always changing. Unlike most other places in the world, Ireland really doesn’t have long periods of a particular type of weather for very long. Be it miserable OR pleasant.

The driest months are April and June (especially in the South). The rainy season begins from December-April. November thru March is the off-season. Airfares are often hundreds below peak season rates, and hotels offer more bargain discounts.

Summer lasts from June to August where the weather is never excessively hot. And any mist or showers are sporadic and don’t stick around for long. Summer temperatures range from 15 to 21 °C (60-70 °F) and you can have up to 18 hours of daylight!

Autumn is September-November with daytime temperatures at 14 to 17 °C (56-62 °F). It’s cloudy and rainy with very little sunshine. Wind is always a factor here and can get a little windy at times.

Winter lasts between December and February, where temperatures ranging from 9 to 14 °C (52-56 °F).

How to prepare for IRISH weather

IRELAND ……….. has winters that call for warm clothes, wool hats, scarves, heavy jackets, and rain gear if you’re keen to brave the unpredictable winter weather. Lightweight jackets are still recommended in summer for the occasional pop-up shower but might want to bring a compact umbrella or poncho just in case. Hiking in the Alps should require a good set of hiking boots or walking shoes, base layers, hats, and coats. Also don’t forget to pack a sweater, sunscreen, and sunglasses.

The BEST time to visit IRELAND

Even though the days are shorter, winter in Ireland is fairly mild compared to the rest of Europe. Because there aren’t many tourists around, you get the most bang for your buck. The longer nights mean superb sunsets and sunrise. And you get to avoid any crowds in the process of sightseeing.

Coming to Ireland is great year-round, but as you can imagine for millions of visitors each year it does depend on what you’re into. There are a great many festivals in the summertime. Tourists visit the numerous natural or architectural venues and go on travel tours from April-June.

The best time to visit IRELAND is during the shoulder seasons, between xxxxxx and xxxxxx, and xxxxxx to xxxxxx, when the weather is on its best behavior, and the tourists are few.

Did you know
where IRELAND is in the World?