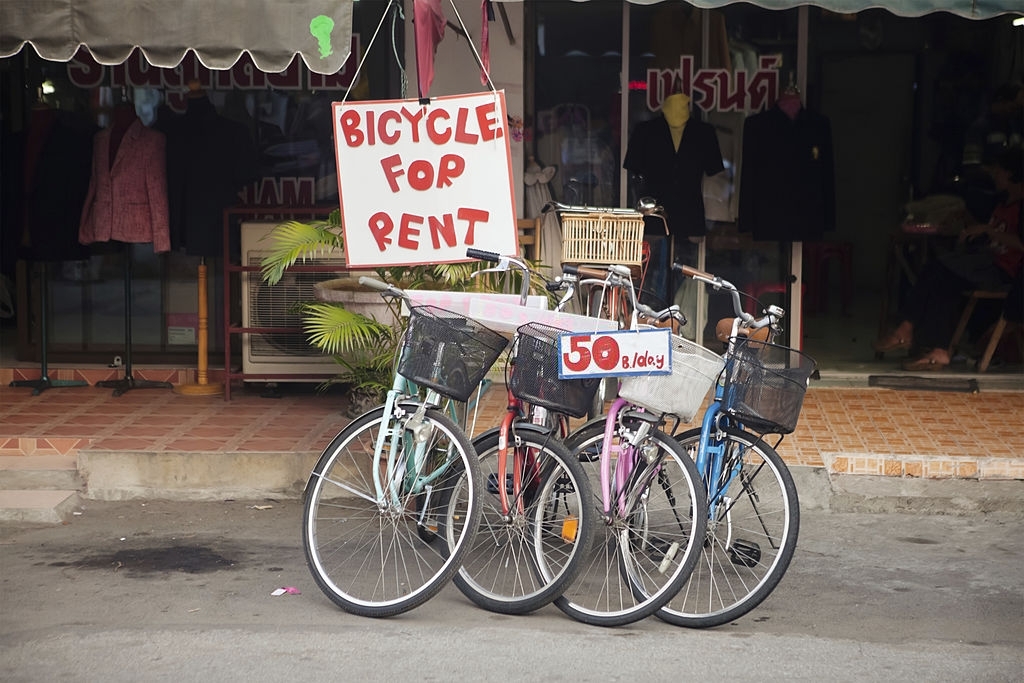 If you are looking for a fun way to learn more about the Chiang Mai area, and get off the main tourist track, I highly recommend a cycling tour.

Our day started with meeting Ohm, from Click and Travel Online . He met us outside of town at our Bed & Breakfast, Dreamcatchers. There were just the four of us in our tour; our friends Rick and Jennifer that we were traveling with, and my husband Scott and I.  Ohm set us up with mountain bikes, helmets and water. We were glad to see everything was in top condition and relatively new. We had signed up for a 50k cycling tour around Chiang Mai and didn’t want to be worried about ill-fitting bikes in need of repair.

We began by going through neighborhoods at the edge of the city. It was fun to see the variety of homes along the way. Chiang Mai has over 300 temples and we would be able to see several throughout our day.

About half an hour into our trip, we came upon rice fields. We were all really excited, as some of us had never seen a rice field close up before. We stopped to take pictures and Ohm told us not to worry because we would be seeing many more rice fields during our bike tour.

The morning was nice, cool and so peaceful riding the road along the rice fields. Ohm stopped by a grove of Mango trees and showed us the very fine nets that were put up around the trees. They were used to keep bats from eating the mangos. They definitely worked because we saw a bunch of dead bats in different stages of decomposition hanging in the nets.

As we rode along, Ohm told us different stories of the history of Chiang Mai. We stopped at the ruins of Wiang Kum Kam, which was the old city. It had flooded and was abandoned 700 years ago. Chiang Mai, meaning “New City” was founded in 1296.

We mainly rode on narrow, paved roads, which were quiet and free of traffic.

Our next stop was to see the area outside of a temple (Wat) which was under construction and had many people hard at work. It takes a lot of money and work to maintain and improve temples. Adjacent to the temple was an outside shop where people were making decorative funeral towers. These may be used in Buddhist funerals and cremation ceremonies. The funeral towers can be very large and take up to a month to create. We watched two women working and were impressed by how quickly they worked on the fine details.

Our next stop was a beautiful Chinese Temple. We entered a huge, open dragon mouth and walked through a winding tunnel. Covering the walls of the entire tunnel were murals depicting Buddha’s life.  Our guide did a wonderful job explaining everything to us, considering we had a limited knowledge of Buddhism.

Winding our way next on dirt paths, we came upon the beautiful grounds of the McKean Rehabilitation Institute for Leprosy patients. It was established in 1907 and was a refuge for patients suffering the sometimes debilitating and disfiguring effects of Leprosy. To this day, they are still housing patients with Leprosy, and there are ten families currently living on the property. We were able to read some of the statistics about the disease which is caused by a combination of two bacteria. The World Health Organization provides a free three drug combination which kills the disease and cures the patient. As of 2013, there are still over 180,000 Leprosy cases in the world.

To earn money, some of the patients paint and do different forms of art. We watched some of them paint greeting cards. We knew it must be such a challenge to develop artistic skills, while adapting to missing fingers or hands due to Leprosy. We purchased some items in the gift shop, as it was all the more meaningful after seeing the artists at work.

We were getting hungry, so Ohm told us we would ride for 10k and then have lunch.

We arrived at the Baan Tawai Village. It is known as The Village of Handi-Craft, and is the largest in Thailand. There were many stalls and stores full of hand-carved, wooden furniture, dishes and decorative items. We had a delicious, traditional Thai lunch at a small restaurant, overlooking the street where people were assembling for the Flower Festival Parade.

After lunch and a bit of shopping, it was tough for me to get back on the bike. It was so hot and my rear end was sore. We still had a few hours left to tour Chiang Mai and much more to learn!

We rode along quiet roads, lined with mango groves and many rice fields. While taking a quick break, Ohm picked a Star Fruit from a tree. It was interesting, and I thought it tasted like a cross between an apple and corn.

I was getting very tired, each time we stopped to take pictures it was getting harder to get back on my bike!

Ohm led us to a site where cremations are held and explained some of the Buddhist traditions to us. He wanted us to grow our understanding of the culture.

Next, we rode along the Ping River and crossed it, then, through small villages and along miles of rice fields. Ohm must have thought we were so funny being so excited to take pictures of the rice fields earlier in the day. The funny thing was, we were still excited to take more picture in the afternoon!

The end of the tour brought us back to Dreamcatchers B & B. It was a full day cycling Chiang Mai, 50k (30 + miles). We were gone for seven hours! It was such an amazing day. We learned so many new things about the culture of Thailand. We were so thankful for our sweet guide Ohm, as he had plenty of patience for our many ongoing questions throughout the day, and kept a smile on his face. 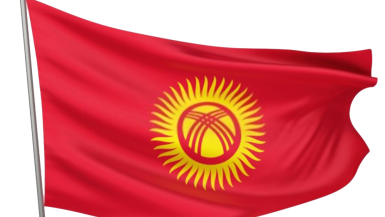 * Where is KYRGYZSTAN Located? [Kyrgyzstan Map] 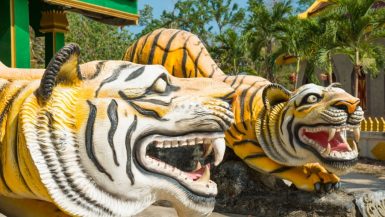 SIX Things to Tell Your Younger Self
5 hours ago

* Where is MOLDOVA Located? [Moldova Map]
1 week ago

* Where is LIECHTENSTEIN Located? [Liechtenstein Map]
1 week ago

* Where is SOMALIA Located in AFRICA? [Somalia Map]
1 week ago

* Where is SLOVAKIA Located? [Slovakia Map]
3 weeks ago

* Where is SAN MARINO Located? [San Marino Map]
3 weeks ago

* Where is DOMINICA Located? [Dominica Island Map]
3 weeks ago