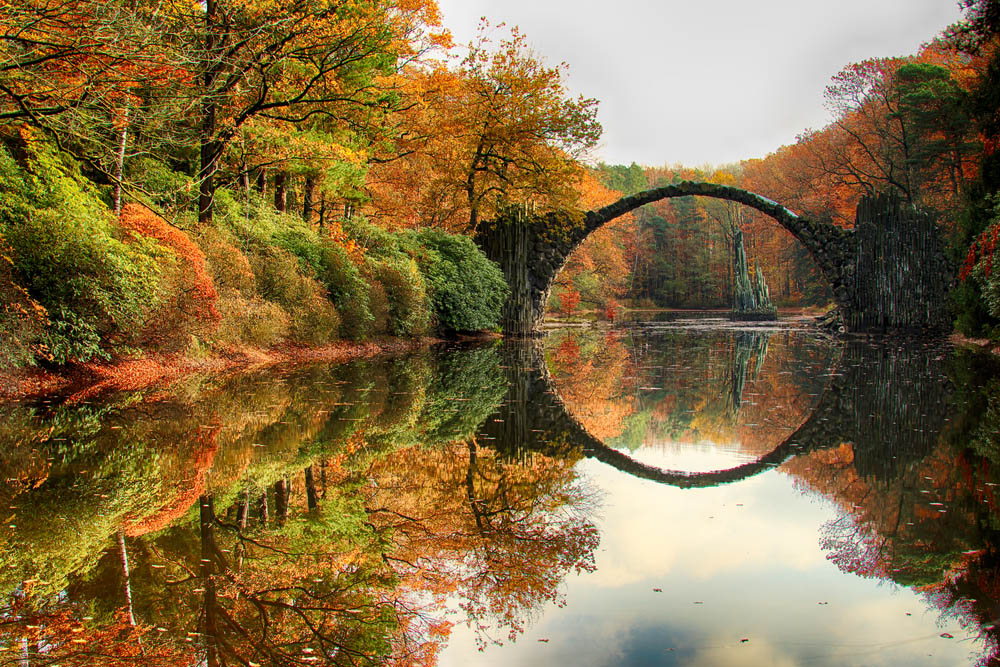 * 14 Enchanting Places that Look Just Like a FAIRY TALE

Visit These Amazing Places From All Over the World

Jump feet first into your favorite book of stories by visiting any number of these magical-looking locations.

Although the Swedes and Germans have taken possession of this beautiful old town over time, it’s the French who consider it to be the “capital of Alsatian wine” (being situated on the Alsatian Wine Route).

It’s easy to understand why this French city is called “Little Venice”. Along the canal – a real invitation to a boat ride I might add – are a variety of some of the best-preserved and wonderfully colorful buildings, paved streets, and half-timber homes from the Renaissance period.  Feel free to roam the alleyways thinking of Belle crossing her “village” in the classic French fairy tale Beauty and the Beast.

When he visited in the 1880s, the artist William Morris said Bibury was the “most beautiful village in England“. Not much has really changed since then. Undoubtedly one of the most beautiful small hamlets in Europe, this enchanting little town is full of charmingly quaint houses, stone buildings, and has so much rustic charm that you’d be sure to see the beginning of a fairy tale if you were looking hard enough.

There’s also a most famous place within Bibury called Arlington Row which is a solid row of picturesque cottages along the meadowed River Coln once owned by a company of weavers from the 14th or 16th century and their looms before being converted sometime in the 17th century.

This magnificent castle seems to come straight from the world of Polly Pocket, this range of small plastic dolls and accessories from the 1980s for children. It was built by Crown Prince Maximilian II of Bavaria to replace that of his predecessor, which dated back to the 12th century and was falling into ruin. King Louis II, who grew up there and spent part of his life, always dreamed of building an even more beautiful castle when he was older.

This delirious castle was built by Louis II to surpass the one in which he grew up. The result is so spectacular that Neuschwanstein Castle inspired Disney’s Cinderella Castle. Considering the snowy peaks that surround it, you can perfectly imagine the home of Queen Elsa d’Arendelle, also known as the Snow Queen.

Of the five beautiful villages in Cinque Terre, Italy, Manarola is one of the most spectacular. The brightly colored houses seem to hang precariously on the cliffs, but they have not moved for nearly 700 years. Is there some magic in there?

Passing under the Rakotz Bridge in Kromlau, Germany, can make you feel like you’re on your way to selling your soul. It must be said that this bridge, like many other old bridges, is also called “Devil’s Bridge”. When we look at a certain distance from its reflection in the water, we see an almost perfect circle.

Right in the middle of the old city of Tbilisi is a new and surprising Clock Tower. The puppeteer Rezo Gabriadze has recovered from ruined houses in Tbilisi a pile of pieces that he assembled in a strange jumble. And as eccentric as it sounds, it gives the right time!

If we had to choose a castle where to live our princess dreams, it would be this one. This medieval house has all the characteristics of the dream castle, from the towers to the moat. Could we, please, live there until the end of time?

Imagine a fairy-tale fight between two knights who would compete on the spectacular bridge that spans these falls. Magical! And it stays on the continent. You can start this magical journey by driving the gorges of the Columbia River in Oregon.

With these red-tiled roofs, this small medieval town in South Bohemia is the perfect place to live a fairy tale. There is even a castle perched on the rock overlooking the river.

If you think that Versailles is the cream of the French castles, you are wrong. This magnificent palace built on the banks of the Cher has sumptuous gardens open to the public. The women who lived there have so marked it that it has been nicknamed “The Castle of the Ladies”.

Do not believe that these bright colors represent only a small piece of this city, because by walking through the streets and alleys, you will discover everywhere the same magic of this city that has been called “the blue city“. Beyond its walls, you will discover mountains that extend as far as the eye can see with herds of goats grazing green pastures.

This historic town near Salvador de Bahia is an architectural jewel with these houses of all colors. Pelourinho was the capital of Brazil between 1549 and 1763, when indigenous cultures mingled with cultures of Europe and black Africa.

In this Belgian port city, the houses are concentrated on the banks of the canal. Ghent is located between Brussels and Bruges, but does not attract the same hordes of tourists. A great reason to go there!